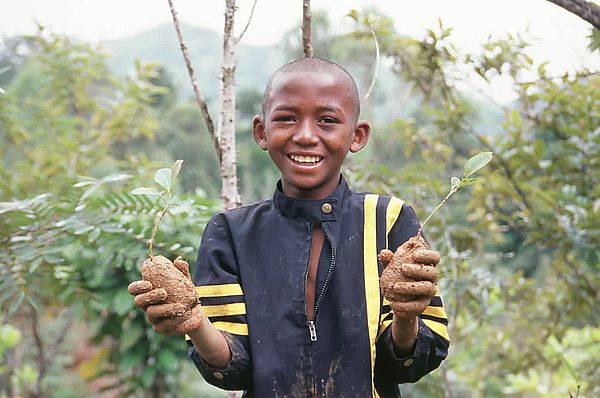 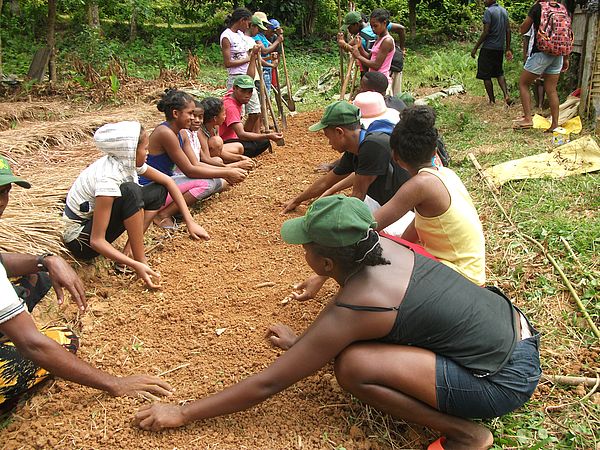 "Analasoa" means "the good forest" in Malagassy language. That's the language spoken by the people of the tropical island of Madagascar.

Analasoa is also the name of a tiny patch of remnant rainforest at a steep hill near Anjahambe. Anjahambe is a community of about 5000 inhabitants in the east of Madagascar. Just a few decades ago, the village was surrounded by dense rain forests. The students in Anjahambe got that knowledge only from the stories told by their grandparents. But they know: forests are important - as source of fire wood for cooking and for construction material of every kind, as natural pharmacy, and, last but not least, for stabalizing the steep slopes of the hills.

A group of young people got involved with projects to bring back the forests in the surroundings of their home village Anjahambe. They call themselves: the Analasoa-Club. They are supported by the small rainforest conservation organization called Ranoala, based in the German city of Dresden, as well as the so-called Madagascar-group at the high school / secondary school of Altenberg (s small town in the east of Germany).

Tourists from faraway Europe come to the few still-intact national parcs of Madagascar to experience the outstanding wildlife. And, from time to time, guests from Germany come to Anjahambe, too - because of the wonderful nature, but also because of the great hospitality of their Malagassy friends.

This web-site-come-into-being will tell about the engagement of German and Malagassy students with rainforests. They want to share their knowledges, and they want to report their practical projects ...